Gill’s straight to the point storytelling drives this track, as with all of her songs, as she details her distress before driving. The raw nature to both Gill’s vocals and instrumentation allow this song exist in its truest form, feeling as though you’re witnessing Gill feel these emotions for the first time. “It has to stop” she exclaims as the track comes to close, but the brilliance of this track leaves you ready for more of what she’s got to come. 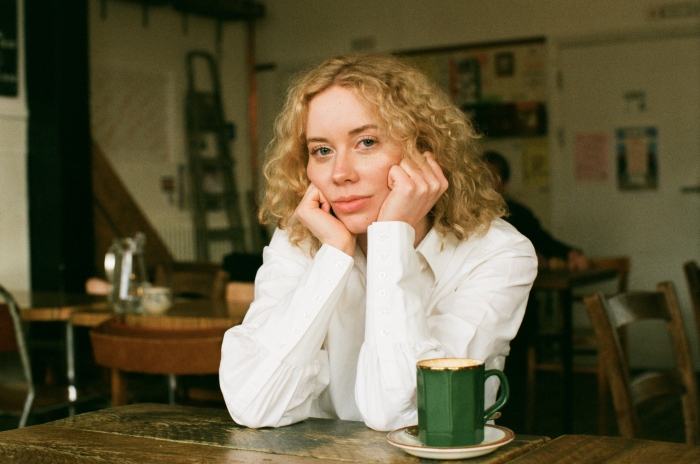 Glaswegian singer-songwriter Lizzie Reid has announced her new EP Mooching, set to be released on July 27th via sevenfoursixseven. She has also shared new single “How Do I Show My Love?”. This follows on from “Bible” released in March.

“I will love her in silence as you do / How does that go? / How do I show my love?” she sings over the stretching pianos, as she tries to figure out how to express herself truly. You can hear the raw emotion in every corner of the soundscape within this song, becoming not only encapsulated but absorbed in the feeling that Reid conveys. It’s a testament to her ability to communicate so much with so little backing her.

Speaking about the song, she said:

“This is another break up song but over time it has taken on new meaning from its original intention. Over the past few years life has been pretty harsh for a lot of people and when I sing this song it makes me feel how hard it has been to stay connected and express my feelings for certain people I care about. I find it hard at the best of times to communicate properly in a way that I would like but that can feel impossible when times are hard and people are forced to be apart.”

Siv Jakobsen has shared “Most Of The Time“, her first new music in two years since her sophomore album A Temporary Soothing. A track that came into life after Jakobsen revisited a place where a tumultuous relationship took place and she realised how much of an impact this time and place still had on her.

Although the lyrics of “Your face flickers in and out / it’s a blunted blade / I glue my eyes together / But that’s not better” may be reminiscing in a dark part of Jakobsen’s life and the trauma that’s she’s trying to escape there’s a gleam to the sound that she creates through mesmerising guitars and angelic vocals that inspires hope, washing over you like a radiant light. A hope that she tries to hold on to at the end of the track, “We are forever / I am better / Most of the time”.

“I knew that in going there it might awaken some difficult memories, but I was completely taken aback by how intensely I felt pulled back into who I was and how I felt all those years ago. I realised I had some unpacking to do, so that I could begin to properly come to terms with and understand those memories.” 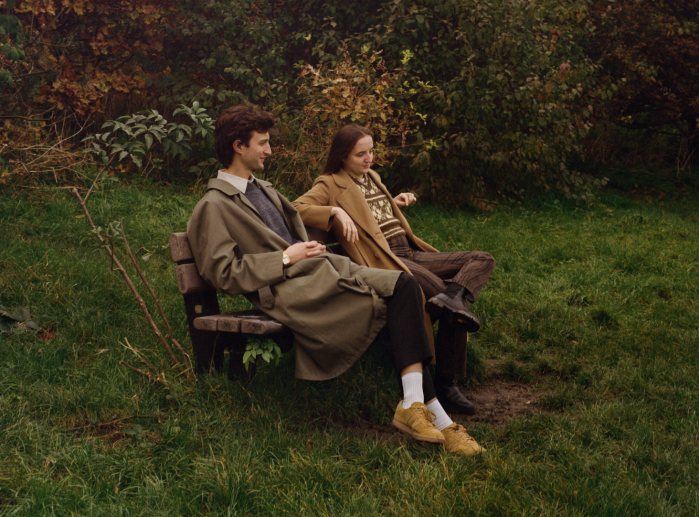 nudista have shared new single “inasmuch” and announced their debut EP Halfway Here which is set for release on March 30th via Sad Club Records.

The band’s signature breezy guitars and swaying instrumentation open the track, with layers of synths and guitars slowly being added, gently lulling you until the true impact of the track hits. “Take it / I don’t wan’t it / I won’t lie to you and say it is alright” sing the duo with a restrained anger at the unwillingness to change before diving into a swinging finale of longing for change.

Speaking about the EP the band said:

“It’s stands as a kind of processing tool, about being forced to be ‘okay’ all the time, and having to disguise our anxieties in our daily lives” 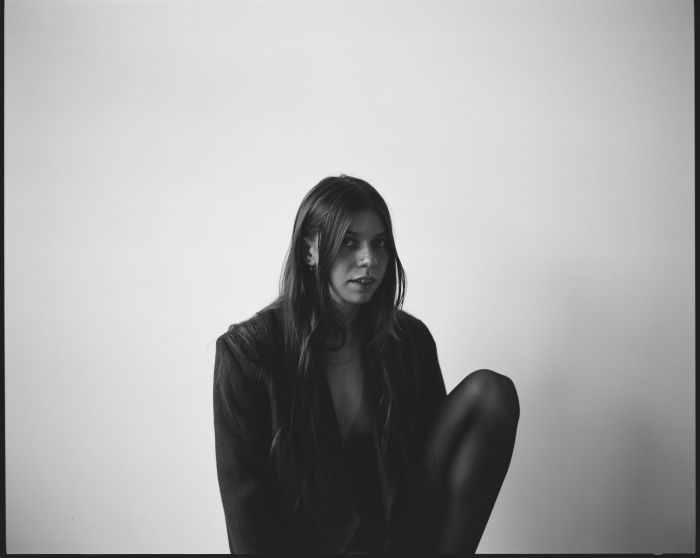 The new track play like a romance on your ears. With the intertwining vocals bouncing back and forth over the rolling guitar line you can feel the connection between the two parties becoming stronger as they progress through the track. “I don’t know who needs to hear this, sometimes its good to sing your feelings, especially when you don’t know, the next line or how it goes” sings Tomberlin as she offers a voice of reason for those who don’t know whats ahead.

“‘idkwntht’ is a sonic altar of sorts. It’s about taking a moment for remembrance, clarity, and setting an intention for what is to come. Kind of like a song version of writing out your intentions on a full moon. Holding onto feelings, words, and past versions of ourselves and our behaviour only helps when we can examine experiences once we are outside of them. Then we have to let it out, let it go, and try again.” 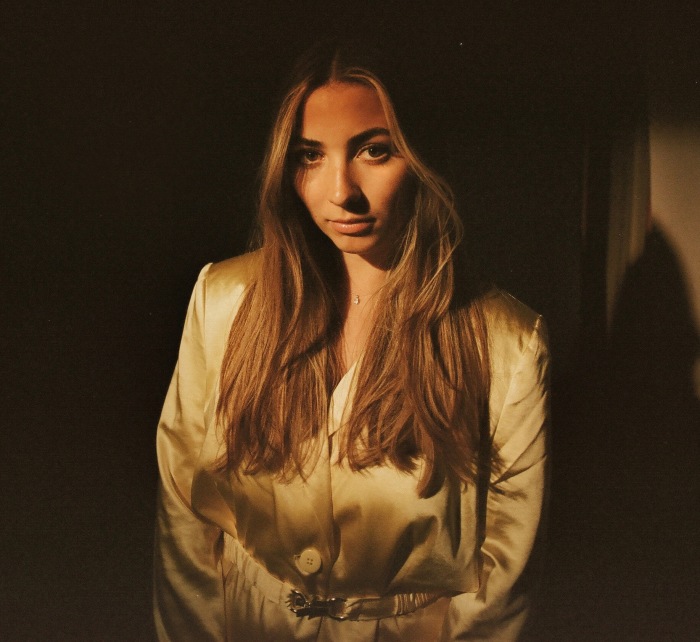 Billie Flynn has today announced her debut EP Hey Stranger, out October 21st via Never Fade Records. The Cornish singer-songwriter has also shared “Good Girl“, the latest single from her EP which follows on from title track “Hey Stranger” and “Someone’s Daughter“.

Of the new single, she said:

“I wrote this track after watching ‘miss americana’. Taylor Swift said that she has built her whole belief system around the idea of being a ‘good girl’, and I felt that so strongly.

“This track is about letting go of all of the pressures, and expectations that come with that title, and allowing the idea that you can be imperfect.”

A press release said of the EP:

“Throughout Hey Stranger this love and loss is felt through sensory experiences – visions appear in front of her eyes, smells come tainted with memories and touches emphasise life’s fleeting impermanence. A cathartic release, these songs and reflections healed old bruises and helped Billie reach grief’s final stage, acceptance. It’s rare that artists come out of the blocks with such a mature, thought-out document. Yet in Hey Stranger, Billie offers up tangible evidence that she’s more than ready for the recognition that most certainly awaits her.”

Boyscouts the songwriting project of Taylor Vick has shared new single “Didn’t I”, the second single from upcoming album Wayfinder, coming on October 1st. Pre-order here. This follows on from “That’s Life Honey” released earlier in the year. The new single also comes accompanied with a music video directed by Lucy Sandler.

Vick questions the world on “Didn’t I”, moments great and small. “I don’t have the answer / I have memories” she says in her opening statement as she tries to find her own way in the world. But for all her contemplation she can never reach a conclusion, “Maybe things are all they seem / Maybe we’re living in someones bad dream”. There’s a brush of suffering and serenity washed over this track. It sways like a boat out at sea, drifting further and further from an answer; yet always shining with natural caustic beauty.

“Why are we alive? Is there a point to any of this? Have I done this before? I was thinking about these questions like that, just playing with these ideas and being curious. I lost that curiosity for many years, and it came back to me in the last year. I started to wonder about these types of things again. It feels better to have curiosity for life.”

Brooklyn-based duo Sister. have announced their debut EP Something/ Nothing, set to be released on September 10th. They have also shared new single “Girl”, which follows on from “Hideaway” released earlier in the year.

Sister. have a natural allure to their side that’s hard to come by. Their guitars flutter over a cascade of droning sounds and rising soundscapes as the duo repeat their assured mantra “I am different now”. It’s the beauty and power thats found in the simplicity of this track, with glinting moments of explosiveness seeping through.

“Girl is about a period of destabilising growth – the growth that you’re so conscious of as it’s happening to you that it’s scary. You’re asking people that know you and love you – do you still love me even though I’m not who you thought I was? You’re asking yourself.“ 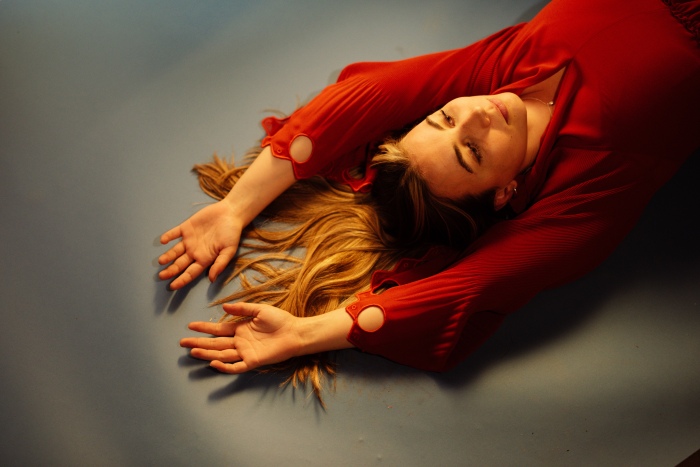 Billie Flynn has shared new single “Someones Daughter”. This follows on from her debut single “Hey Stranger“. The Cornish singer-songwriter is the latest signing to Gabrielle Aplin’s Never Fade Records.

Flynn’s voice has that subtle magic to it that makes you feel like you’re floating along a cloud, Flynn as your glider. A wash of ethereality is painted all over this track and its hard to not find yourself becoming lost in its subtle melodies and gentle rhythms. Flynn showcases once again that she’s got a fruitful career ahead of her.

Speaking about the track she said:

“This was a big song for me when writing it, it felt like a real release. I was struggling at the time and I just had the thought that, if nothing else, I will always be a daughter, and that’s an important thing to be.”

Modern Woman have today announced their debut EP Dogs Fighting In My Dream, set to be released on September 17th via End Of The Road Records. Pre-order here. The band have also shared new single “Juniper” along with an accompanying visualiser. This follows on from debut single “Offerings”, released back in June which will appear alongside the new single on the upcoming EP.

If you were looking for a sound that defines the modern independent landscape then look no further than Modern Woman as they have it all. They are utterly vibrant in every moment, with Harris’ crooning folk-infused vocals swaying about the soundscape backed by an ever-shifting and utterly perplexing band of cinematic guitars and chugging bass lines. Their unpredictability is their greatest asset, with each moment becoming more exciting than the next.

“I wanted to write about the Juniper Tree tale but try to modernise it. I was always drawn to this tale and its depiction of the power of maternal longing, metamorphosis and sorrow.